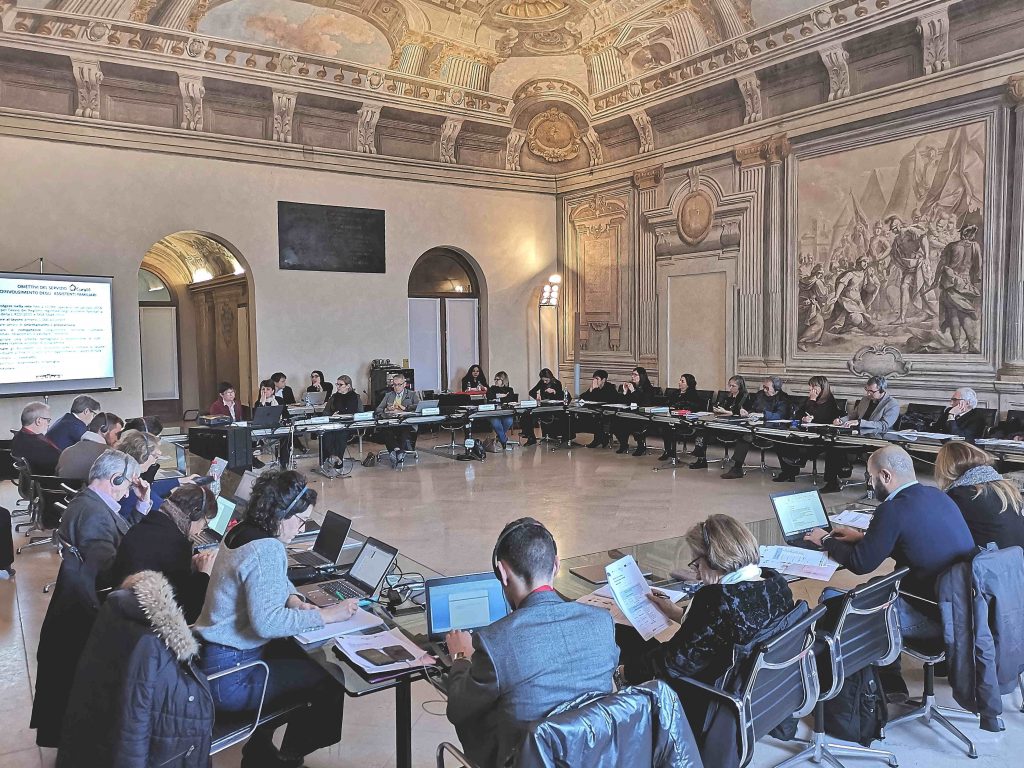 A total of five policy visits were held in the three countries of the consortium: France, Italy and Spain.

Policy visits aim to achieve a better understanding of how the system works in each participating country and to gather stakeholders in order to facilitate exchanges of good practices, information sharing, the research of common solutions and the creation of a common pathway regarding the professionalisation of domestic workers. They should allow the emergence of a common consensus involving all stakeholders and all other relevant actors.

Thus, the Bologna and Rome policy visits gave an overview of the family employment sector in Italy along with the statistics, the stakeholders, the legal framework and its evolution. The participants detailed the distinctive characteristics of the Italian certification system as well as the existing differences between the regions. In fact, since the definition of the domestic housekeeper as a profession as well as the training and certification possibilities vary from one region to another (or are simply non-existent), the process of achieving a harmonised and a common way of certification seems to be long and laborious. Nevertheless, Italian experts have shown that initiatives have been taken at national and regional levels in order to promote the professionalisation of domestic housekeepers.

Following the same format as the previous policy visits, the Bilbao policy visit allowed the participants to apprehend the functioning of the Spanish regions. The Spanish experts shared the difficulties that are faced in the Basque Country related to employment, adult training and social care. However, despite these issues, it was stated that the regional government supports training and professionalisation of domestic housekeepers as well as certification system improvement and innovation.

Finally, regardless of various issues and differences between the countries, the policy visits could be described as efficient. Indeed, through common work and exchanges between different experts and stakeholders, the PRODOME project is now closer to its aim of professionalising and recognising the domestic housekeepers in the EU.